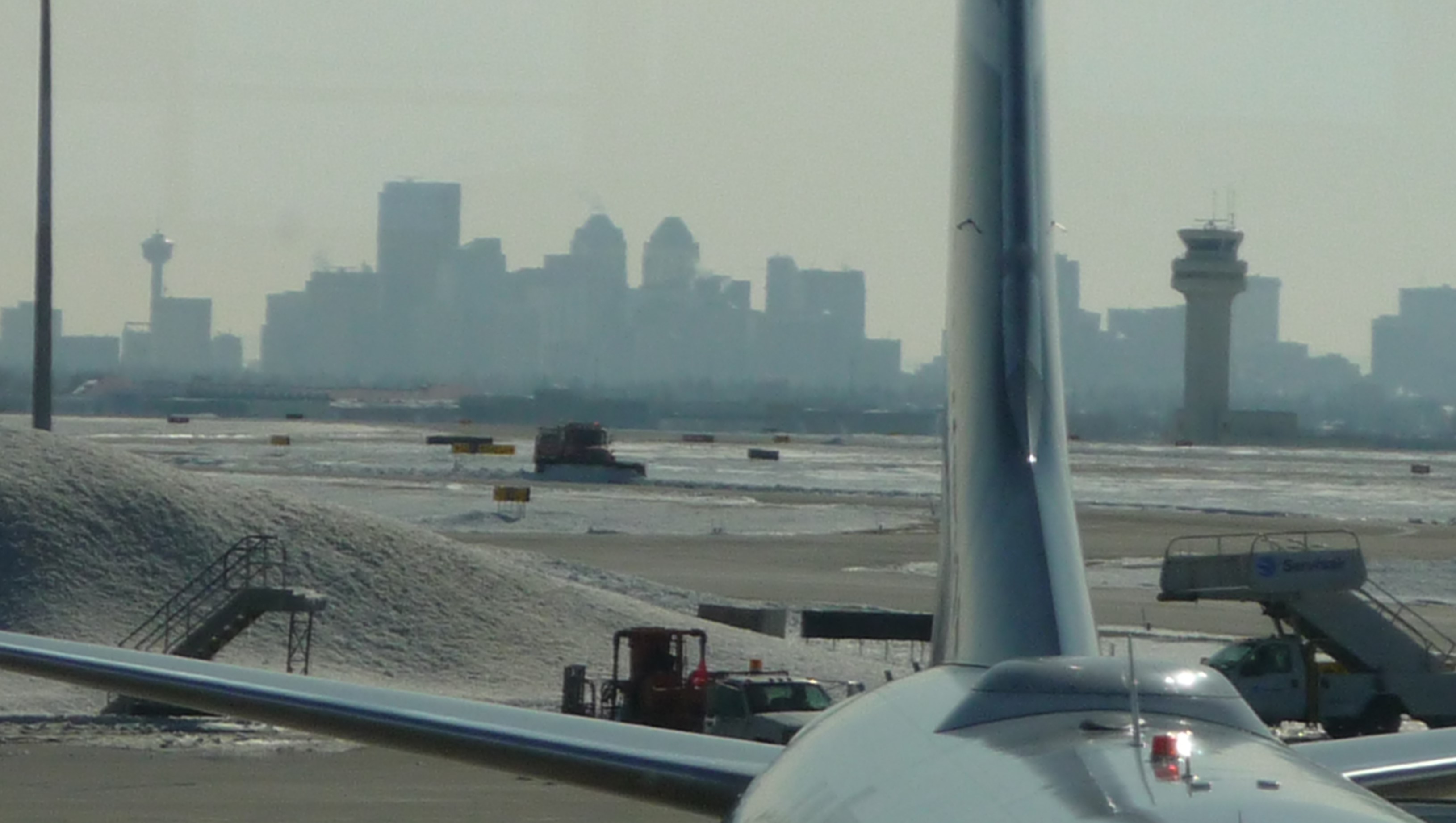 My friend Donna will love this airplane story. She’s terrified to fly.

My daughter Catherine will say “What else is new – I’m used to it.” She flies an enormous quantity of miles and claims there is an actual “Travel Curse”, although I personally haven’t been victimized in a noticeable way in my travels. Maybe it’s because I don’t plan for it.

So we get to Pearson at 6:30 on a Tuesday morning and I’m thinking, yes, we have 2.5 hours before the flight, lots of time to get everything done. Wrong. John and I stood in lineups for 2.5 hours and we were the last people on the plane. Customs and Immigration – unbelievable. I was swabbed, searched and BODY SCANNED.  They can see you NAKED in a body scan!

Many of the officers at US Immigration at Pearson are visible minorities – African American, Middle Eastern or from the Indian Continent. They’re incredibly polite. Then there’s the ones who like to yell and glare at you to see if you’ll cave. Those are the gen-X-born-in-America guys. None of these first-generation American officers can instruct you in a way that doesn’t make you feel you’re about to be incarcerated. I am a white Caucasian Canadian Female with nothing more dangerous in her purse than a CERTS, and I am plotting to get on a plane, fly south, and give their stores all my money. So just a heads up: this month they are profiling plump middle-aged women wearing glasses, Clark shoes with thick soles, and not the good underwear on.

I would also like to politely point out that on all the computer screens over the Customs and Immigration Interview Booths that particular morning was a WINDOWS message that went something like: ‘WARNING – THIS COPY OF WINDOWS MAY BE ILLEGALLY PIRATED. PLEASE CONTACT YOUR ADMINISTRATOR FOR FURTHER ASSISTANCE AND INSTRUCTION”.

Seriously – they’re worried about ME hacking my way into their country?

So we get on the plane, breathless and rushed. I’m thinking, well at least I was busy that whole time. No sitting around waiting at the gate. But then we do sit at the gate for half an hour, and there’s activity on the ground around the plane, and guys running up and down the stairs to the cockpit. Finally the Captain comes on and apologizes. But, he says, there’s a discrepancy in the paperwork from the two people who did the plane systems check, and the fuel gauge is not reading the level of fuel, and they need to find out if there’s enough in the tank to get us where we are going.

And they are doing this calculation MANUALLY.

So you can imagine. There are engineers on the ground now, and I think they’re using slide rules or something, but the plane is sitting on an angle, the Captain says. Which makes it harder to measure the volume in the tank. The plane is turned on (which to my way of thinking can’t be good for the fuel situation either), and it’s all a go, except for these guys running around underneath us trying to find out if we have enough gas not to crash in the Atlantic. We’re all listening to the rubber hammers hitting the sides of the plane. ‘Hollow up here, or not hollow? What do you think, Edwin?’

(Let me remind you that this is a TRUE story.)

Everybody is on edge, naturally. It’s another 20 minutes before the Captain announces we are good to go, and the signals go ‘Bong, Bong’, and the Captain says “Flight Crew, prepare for takeoff.”

At last, we start to back up. And then we stop. And we SIT THERE. And ten minutes later, the Captain comes on, and he says, and I quote him exactly here, “Well ladies and gentlemen, this is what happens when you have to fly a plane that is cold from the hangar. We are having trouble getting the last engine started, so we’re getting someone to come out and help us start it manually, and then we’ll be on our way.”

O.K. They are going to start the engine of our plane MANUALLY.

Let me remind you that this is Air Canada, not some chicken plane from rural Mexico. The starter switch is broken, the gas gauge doesn’t work, and we are all still on the plane. No one is talking about giving us a new plane. We are going to Florida on this plane.

At the de-icing pad a whole new set of traumas occur when five gulls decide to take a shower. We don’t see how that turns out because the window glass is all blurry with the spray. Me, I think I see a big pouf of feathers, but the flight attendant tells me it’s only snowflakes. When at last we taxi to the runway, most of us on the plane have our under-the-seat flotation cushions clutched to our tummies. People are yelling at each other, “Shut up, I’m trying to hear the safety video”. Three fights have broken out over the seats in the exit rows, and several people have threatened the attendants with box cutters if the booze cart is not rolled out this instant.

O.K. maybe I made that last little bit up. But rest assured that none of us on this flight really believe we’ll ever make it to Florida.

So. Air Canada – I know you guys think the opposite of fear is information. You may think your honesty is refreshing, but it leans more toward ice pie in the face.

Maybe next time, not so much with the transparency.

Maybe next time, lie to us. But do it nicely. Throw a teensy cardboard box out of the cockpit, tell us there may be a teensy problem, and get us off the damn plane.