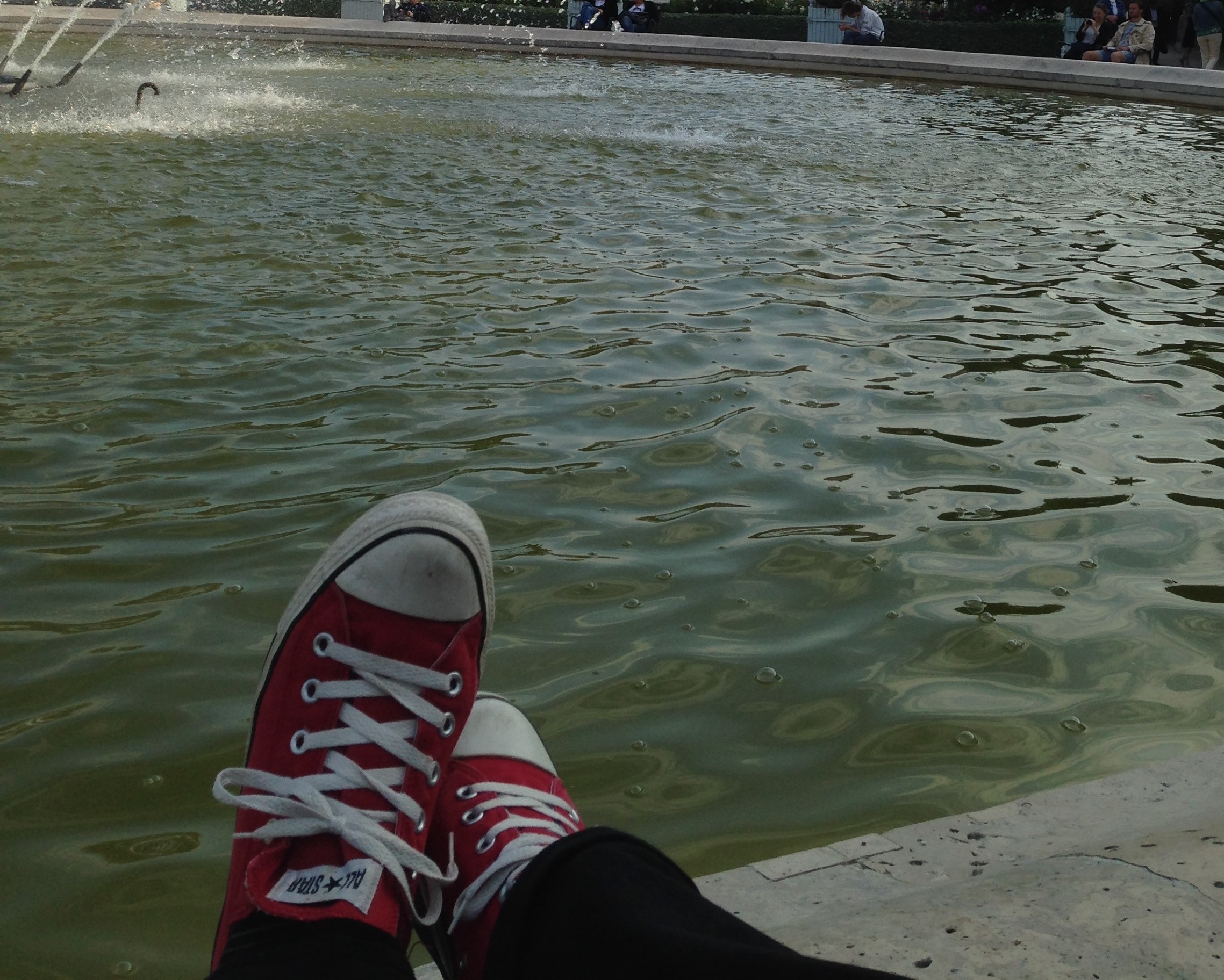 To launch my AWAY FROM HOME essays, I am going to show and tell my trip to Paris.

Not because I can tell the world anything new about France. All of it has been written, both for the tourist and the non. If you want to go to France, and you want to plan what to do and see —it’s all out there. Rick Steves is pretty good. And so are those DK guides with the fabulous pull-outs and bird’s eye views, and cross-sections of things like parks, museums, churches and squares.

It is a bit intimidating, to go to Paris without any instructions at all. So read something, if you’re going. Even if it’s a Dummies book on France, which there is one. It’s a cool book.

There are those who travel a lot, who will tell you to wander where the streets take you. Nope nope nope. That’s for later. It’s not for the first couple of times, and not for Paris; there is too much that will get by you, too much richness.

Make a plan of what you want to see, before you leave, and cross each thing off as you see it. Allow twice as much time for each thing, than you think it will take. Do things in neighborhoods (arrondissements—there’s twenty of them in Paris, they are plainly numbered on the maps, and the postal codes all end with them). Do not museum-binge by trying to see a big one in a single day. It will take two or three trips to absorb the Louvre or the Orsay. After twenty paintings or statues you will no longer be in awe. You will be on overload, and to go further is meaningless. Stop often to sit and think. Plan to do half a day in a museum, half a day something cultural like a market or shopping, or a walk by the Seine, or a church, or those green metal chairs in the parks that you will literally fall asleep in, with the baguette falling out of your hand to the ground, and the pigeons stepping on your toes as well as each other, to get at your crumbs.

Otherwise you’ll come home and hate yourself because you got dizzy and missed something. There’s a tremendous amount not to miss, the first three times anyway.

Above all, buy your pocket plan of Paris, carry it, carry your cell phone with mapping (discreetly please—I-phones are the pickpocket’s treasure this decade, and the pickpockets are all innocent-looking kids) and learn the fabulous Metro on the first day, before ANYTHING. A donkey could figure the Metro out. Everything described in any book about Paris will be followed by its location aide (METRO: x Station, where x is the name of the Station) in brackets. Everything in Paris is within 500 meters of a Metro station.

Enough of tourist instructions. I want to go deeper into Paris. I want to share nuances, emotion. Details that moved me. Odd feelings that came over me. Images that struck me.

This fourth time, I went alone.

So of course, I’m bursting. There was no one to talk to in Paris but myself, and the French. (Yikes, right?)