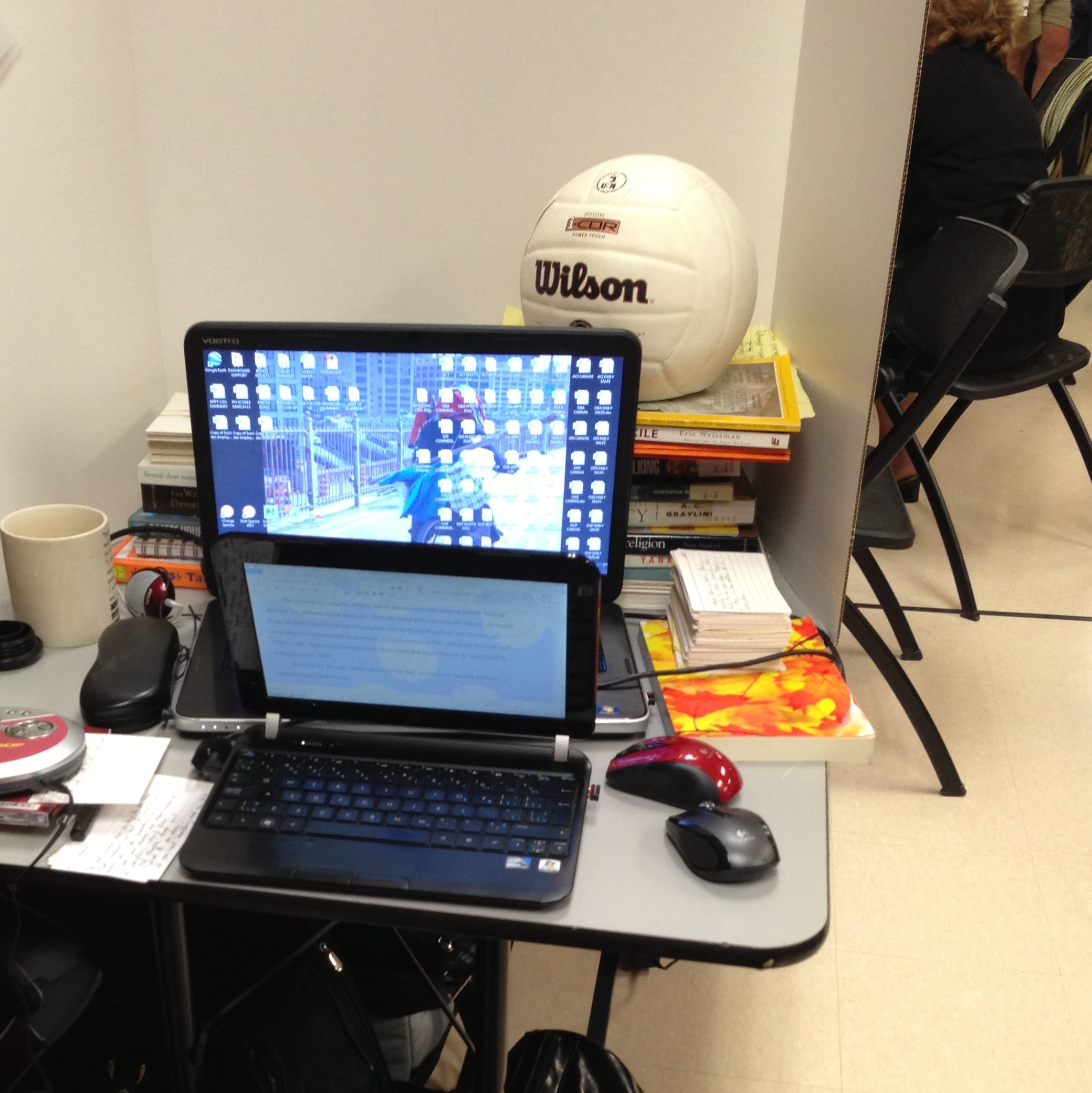 I write words down and I would like to support myself by doing that. So far, the results are more than some get, and less than I want. I have received a lot of feedback that makes me hopeful, but I must continue to practise and learn my craft.

I have heard the theory that you have to practise something for so many thousands of hours to get anywhere. To put it in writing terms, a million words is nothing but a good start.

The first draft of my first novel meandered its way to a hefty (and ridiculous) 218,000 words. I had to rewrite it seven times, and chop it in less than half, before it approached anything good enough for submission. Now that I have drafted a second novel as well, I might be half-way to that first million mark.

Like music, management and organized sports—I will get there if I practice. But am I putting in the same 37.5 hours per week that all my friends do? Nope. I fail at the kind of discipline required to sit down and grind words out, day after day, in a regular work week. After three hours at the keyboard I am done. After three hours it’s not even coffee-break time, in my last job.

At work, most of us have someone to tell us what to do, and when. I don’t have any deadlines (yet). I don’t have a punch clock. I don’t have a boss breathing over my shoulder. Therefore it would seem that I might be excused for getting soft. And the answer is simple. Just do the work. And yet…

What else is standing in the way?

It is fear. It’s not the fear of failure, because I have conversed at length with failure. There’s no bite to it anymore. I have been in my own way for a long time, and I learned that the hard way.

It’s the fear of success. Fear that there really is something important going on here, with this writing thing, and that it really is who I want to be when I grow up.

How does the fear of success demonstrate in an otherwise responsible approach to life?

I found the answer in a little monster of a book by Steven Pressfield called THE WAR OF ART. It’s not long and it’s not complicated. It’s a book that can be consumed in a couple of hours, and consume it I have—over and over. It centers on the manifestation of Resistance in all its sneaky forms. And boy, is Pressfield on the money. Resistance is what burns me, over and over again—and now I know how big it is, and where it hides out.

Whenever I get to the next stage of almost there—almost done plotting, almost done a draft, almost done an edit, almost ready to start emailing agents—there is this thing that happens, and it is Resistance—the dragon that breathes hottest on me when I am making real progress.

I learned from Pressfield that to win the war on Resistance, I must become a Professional in my work, as opposed to an amateur. I learned the difference. I learned that as a preening, sensitive artiste who thinks she is being mauled by the same hard work, discipline and rejection that “regular” people have to endure, I will fail. I learned that I must detach from my work, and from my wimpy ego at the same time. It’s no easy task. I have to employ the asset of myself, do my job, and accept that the results are not personal, but professional.

Steven Pressfield gets a chunk of the credit for turning me pro. For helping me win the war on failure—and not just in my writing career, either. THE WAR OF ART is a blunt tactical manual on armed warfare against the self. It’s for anyone who carries around the secret knowledge that they have been avoiding something important. And that’s pretty much everyone I know.